Have you registered for (Re)Think?

The following blog post was written by the Persado team.

Marketers constantly hear that the industry is changing. And it’s true — social media platforms change algorithms and shiny new objects constantly come on the market, each one promising to be a silver bullet for brands (FYI: you don’t need to try them all). But at Movable Ink’s Email Transformation Tour Nov. 1, the discussion wasn’t about reacting to that change but rather revolutionizing the way we think and market.

Marketers spend thousands — millions even — on creative each year. But it’s been such a subjective process that’s difficult to measure or attribute.

Until now. No longer a means to simply predict the winning message, AI can now generate the precise creative that will best engage an audience. Through the Persado and Movable Ink partnership, Marketers can automatically generate and deploy the best-performing content every time for every customer. Alyssa Marusarz of Persado took to the stage at Movable Ink’s Email Transformation Tour to dive deeper.

AI has become a necessary part of doing business. But despite this fact, it’s still relatively new to the MarTech world. And it can be hard to fathom a machine coming up with the best subject line, let alone becoming part and parcel of the creative process. To explain the concept, Marusarz drew on a game we like to play on lunch breaks at Persado. Perhaps you love it too.

Take a look at this picture: Both players have a selection of tiles. But the poor guy on the left is just using his own mind. The woman on the right is sitting on a stack of thesauruses and dictionaries. She’s not restricted by what she can come up with on that given day. If you had to bet your flat, who would you pick to win? Probably her, right?

It would be a safe bet. Because the truth is, there are hundreds of possible words to choose from, but the highest scoring word, howler, likely wouldn’t be most people’s first pick.

This isn’t to say humans aren’t smart — the average adult knows 40,000 words. We recognize these words, but we don’t readily volunteer them. In a Persado analysis of the top 20 retailers in the UK last year, we found on average they sent less than 300 unique words in their email communications. “So now in a marketing context we have restricted ourselves even further,” Marusarz said.

Machines Have No Need for Ego (Or a Weekend)

We’ve all been in a meeting where someone is passionately defending his or her idea. Everyone else disagrees, but the person can’t stop. It’s theirs. Machines don’t do this. And that’s crucial when you consider that the right language can make or break a campaign (and cost a boatload). 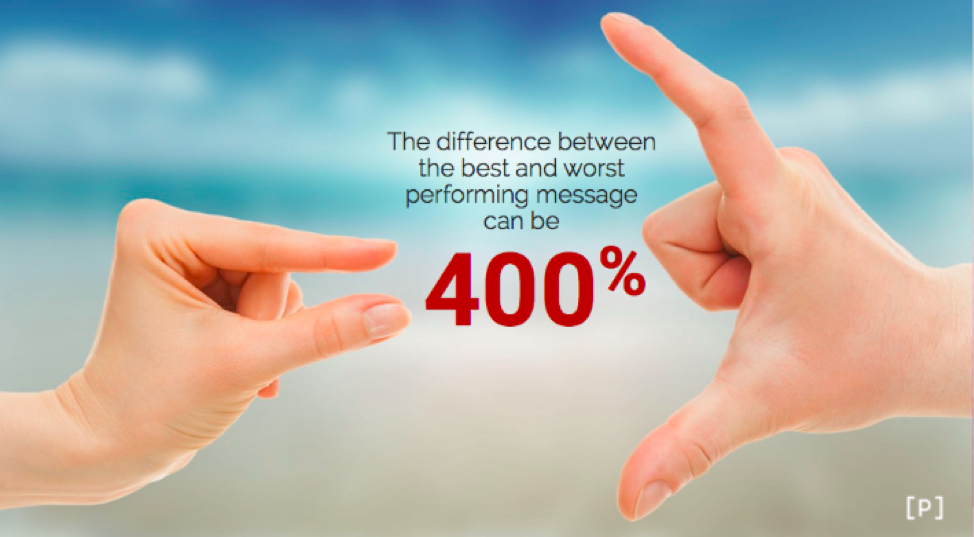 We know you wouldn’t come up with the worst performing message. The real challenge is coming up with the best one and in an effort to do this, marketers are often tasked with taking an educated guess on pivotal questions. Take a look at this anonymized case study. 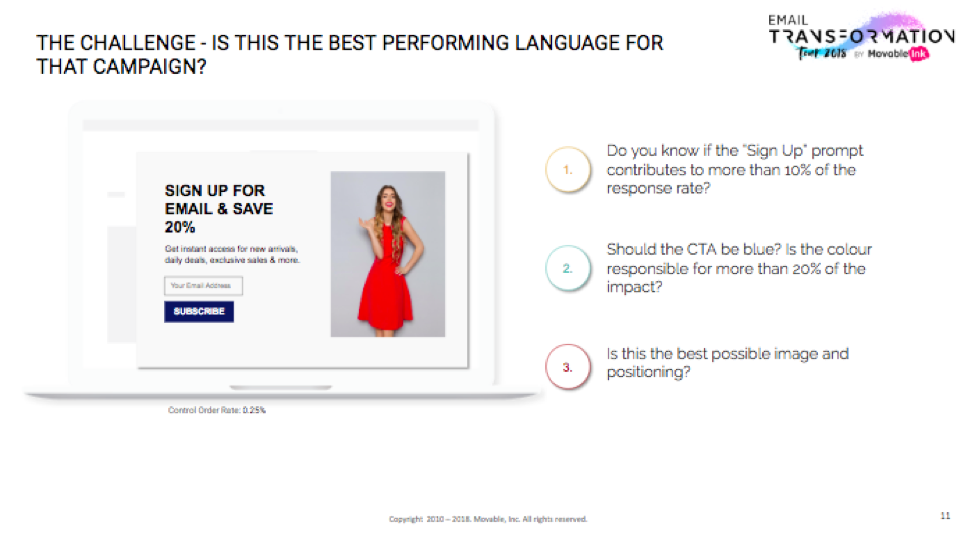 We may have some data to answer some of these questions but not all, and sometimes this means relying on biases. 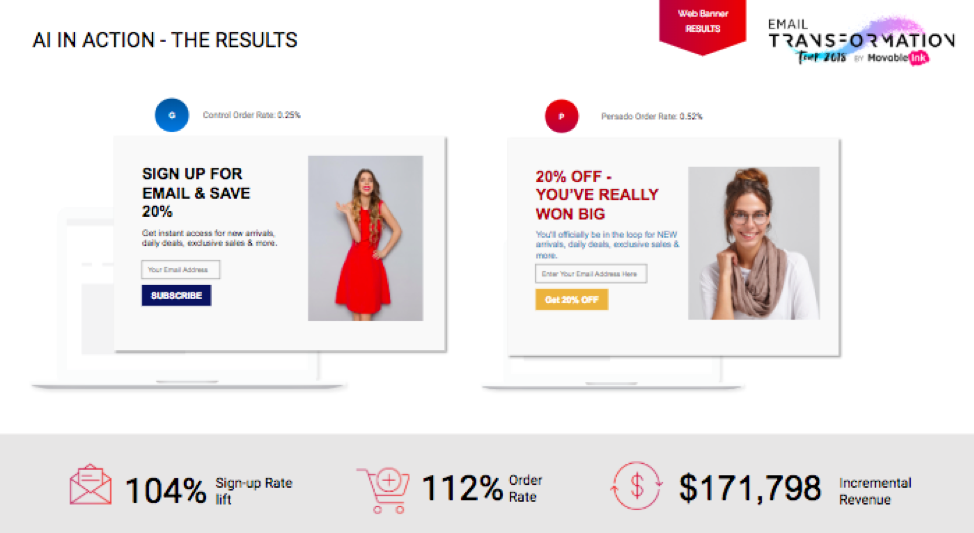 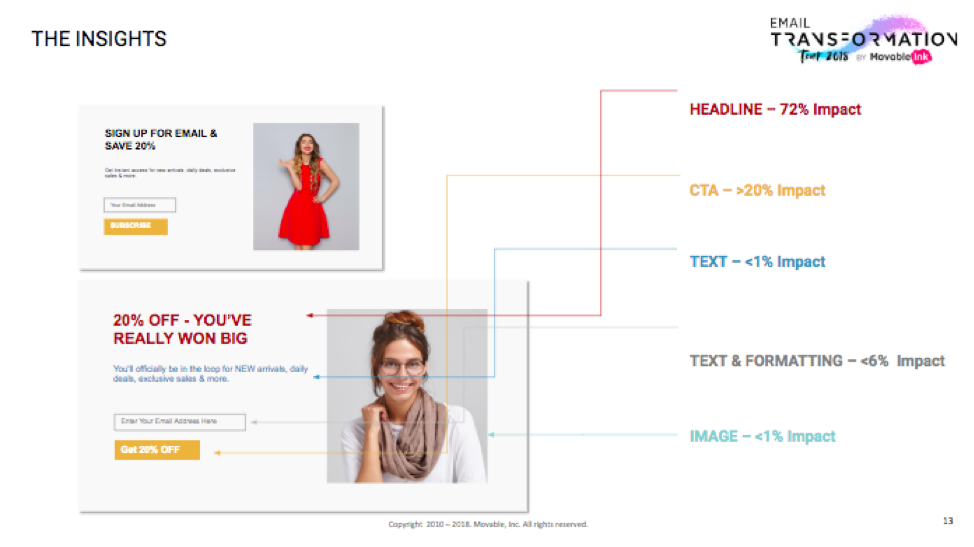 AI eliminates all of that. It chooses the right elements to engage an audience and provides insights into how much of an impact each has on the success of a campaign. You still get your clicks, conversions and opens (and the numbers), but now you’re learning even more about your audience and how it responds to creative.

And this is just the beginning.