Kids are beginning to realize that the freedom they’ve enjoyed for two months or so is near an end. At the same time, parents are eagerly anticipating asking those same kids if they’ve packed their lunches, instead of constantly telling them to “get off that screen.”

Yes, the end of summer is bitter for kids, sweet for parents — and an incredibly exciting and critical time for retailers.

In terms of spending, the back-to-school season rivals the holidays. According to Deloitte: “The average national spend for back to school in the U.S . in 2017 was $501”, and the National Retail Federation, predicts spending to reach $82.8 billion this year. That grand total makes this season second to the holidays in term of revenue.

If you haven’t yet crafted your back-to-school messages, don’t panic. Here are three campaigns that can serve as models (including one that proves that even if you aren’t in a “back-to-school” business, it is still a great opportunity to boost revenue).

The Gap: Keep it simple to make the savings obvious 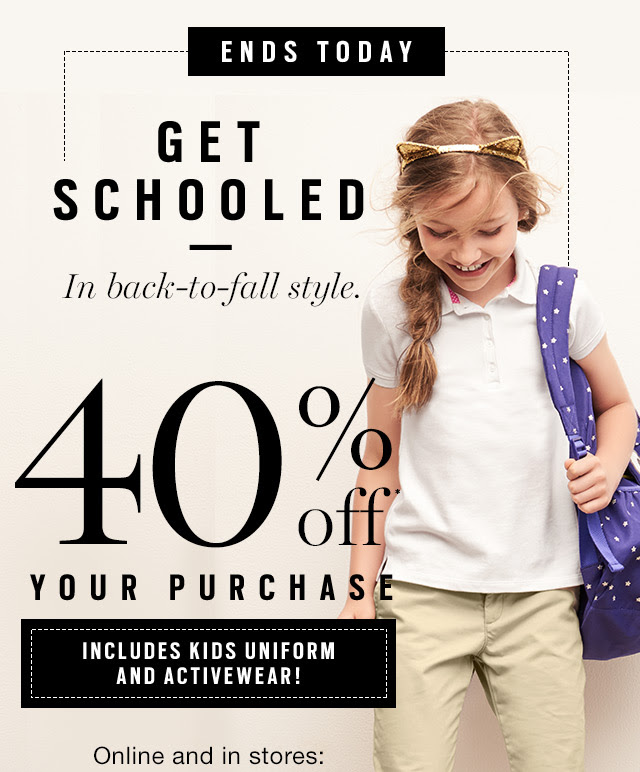 This message couldn’t be clearer: The kids are heading back to school and here’s your chance to save big on the clothing they are going to need.

The most prominent image is the young girl who is uncommonly happy about the end of the summer (probably because of her brand new Gap outfit) and the huge “40” highlighting the percent savings. And the stark “ends today” message creates just the right amount of FOMO to get mom or dad ready to shop.

If you don’t have a lot of a time to craft a message designed to make this most of his once-a-year opportunity, that’s OK. Use this ad as a model: Keep things simple. Make the savings clear. Create some FOMO. Easy to do, and it will work.

Bed Bath & Beyond: Be specific about your target audience 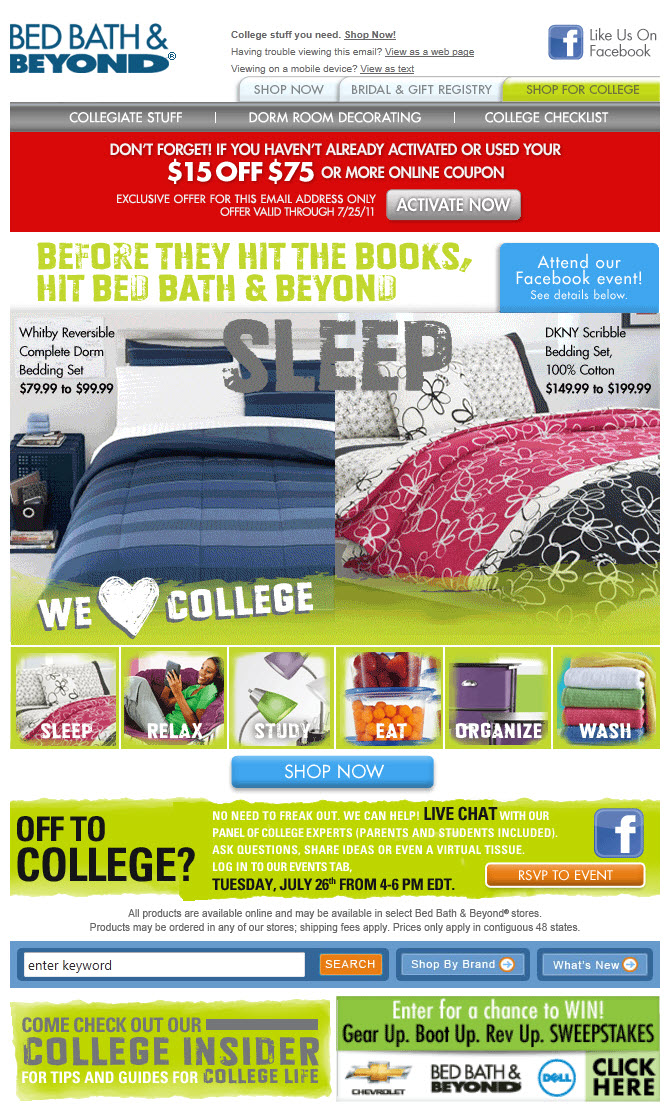 By our count, this message from Bed Bath & Beyond uses the word “college” six times (don’t @ us if we lost count!). It’s not overkill. By the time the parent or student has finished reading this email, they’ll probably think of Bed Bath & Beyond as the go-to place for everything they need for a dorm. (Which is exactly the point.)

And while the message is very specific, it also does a great job of conveying the “Beyond” in the retailer’s name — it stresses that the store’s products can help the student “sleep, relax, study, eat, organize and wash.” It paints its offerings in broad strokes for a very specific audience.

While that parents do most of the actual spending on back-to-school supplies, they are definitely influenced by their children. This message does a great job of addressing both audiences. The use of “they” is a direct signal to parents, while the promotion of “tips and guides for college life” is clearly aimed at students.

PetSmart: Everyone can get in on the back-to-school action

When your company sells kids’ clothes, backpacks, or stationary, you pretty much know you’ll see a bump during back-to-school season. But there’s even an opportunity for retailers who aren’t back-to-school outfitters to capitalize on the season. Case in point: this PetSmart campaign.

The most compelling part of this message is how out of left field it appears at first glance. The headline is enough to make recipients do a double take: “Help your dog adjust to back-school routines” — say what? But after a second or two — especially after seeing the forlorn puppy, paws on the glass, any dog owner is going to take a closer look.  And they’ll read on.

The message proves that even if you aren’t in a “back-to-school” business, you can still find a way to help the season float your boat — it just takes a little creativity.