It’s that time again. The World Cup is here, and as audiences tune in to support their teams, marketers everywhere are gearing up to increase engagement during the games. Get your snacks ready and pull up a seat. It’s time to check out some of our favorite World Cup emails.

If there’s anything you can predict about the World Cup, it’s that emotions will be running high and bets will be made. Betway wanted to raise the stakes and encourage their subscribers to bet on a winner before the event even began. They combined live polling with live odds, so subscribers could vote and also make slightly more informed decisions based on how other people have voted.

HotelTonight wanted to create buzz for the World Cup finals while encouraging customers to book a room and support their favorite team. Their World Cup email included a live poll with live results, so subscribers could vote and see which team is a popular favorite. HotelTonight also included live pricing to encourage subscribers to celebrate with the semifinalists in their home country. 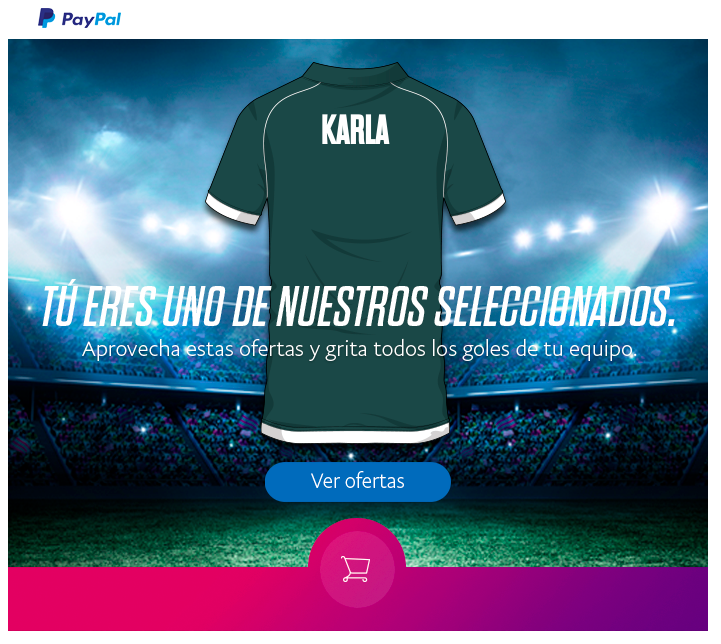 PayPal Latin America wanted to create excitement before the World Cup began, and if there’s anything a devoted soccer fan loves as much as tuning in, it’s wearing their team’s jersey. PayPal used image personalization to display each subscriber’s first name on the back of a jersey. 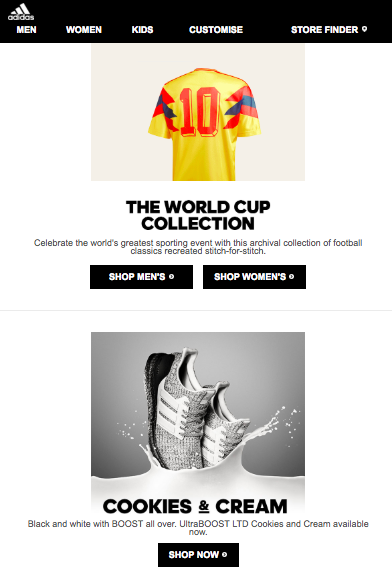 Adidas showed they were ready for Russia by introducing their brand new world cup collection. Encouraged their style-conscious subscribers to celebrate “the world’s greatest sporting event” by wearing soccer classics, reinvented with a fashionable twist.

Marketing to an international audience

Since the World Cup is such a major international event, brands have to pull out all the stops to make sure their content is relevant and personalized for fans across the globe. Intelligent content makes that kind of 1-to-1 messaging scalable…and most importantly, right within your reach.