When you’re unveiling a new product, piece of content, or just a killer sale, you want your customers to get excited about it. One of the best ways to do that is to surprise and delight them with email.

But so many customers tune out promotional messages these days – they think they’ve seen it all! That’s why it’s so important to test new email engagement tactics to see what sticks.

DramaFever, a video streaming service featuring Korean dramas, telenovelas, and more, wanted to try something new in their campaign to drive more engagement and clicks.

They were looking for a fun way to promote their first ever physical product offering, the DramaFever Binge Watching Survival Kit, sold exclusively to fans at the KCON LA music festival.

Using scratch-off functionality, DramaFever created a campaign that surprised and delighted their fans. They included an image of the kit, and let people know that they could click and scratch the image to reveal what was inside. The link took them to a landing page where they could reserve their own kit.

Here’s what the email looked like before the customer scratched off the deal: 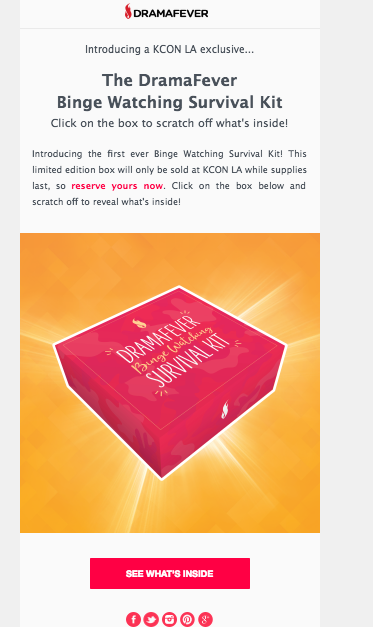 And after to reveal the deal inside: 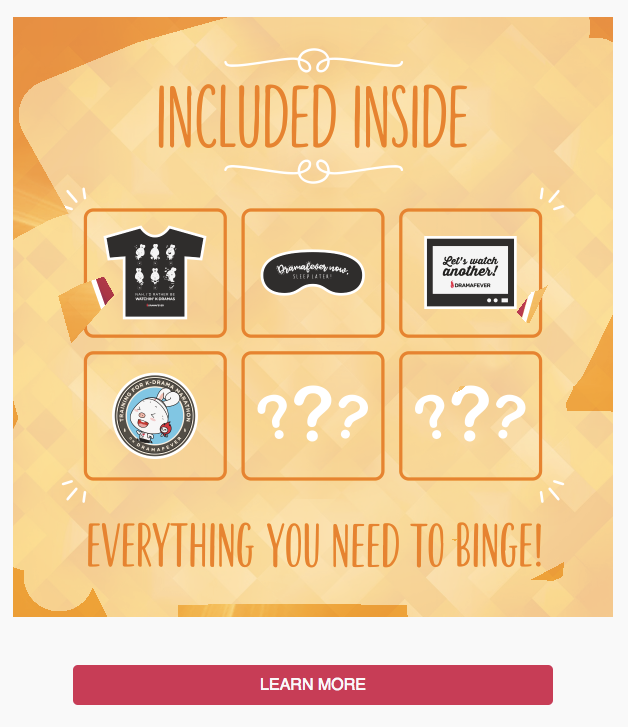 DramaFever’s customers loved the element of surprise that the scratch-off offered. This campaign saw amazing engagement as they ran out of RSVPs within the first few hours, with a 12% CTR lift and a 37% CTR for their premium members.